Select a department to call.

You’ve tried physical therapy, medications and injections, but the pain in your hip is getting worse, not better. Perhaps it is time to consider surgery.

More than 345,000 people in the United States undergo hip-replacement surgery annually. And while it’s a common and generally successful procedure, the traditional “posterior” approach that’s been used for decades has its negatives: a large incision, the risk of hip dislocation, the chance of a persistent limp and the need for pain medications.

Another surgical technique, called the “lateral approach,” eases some of those concerns, but because the procedure still detaches muscle from bone, like the traditional method, there’s still a lengthy recovery time with a risk of a permanent limp.

Fortunately, there’s a new, minimally invasive hip-replacement operation, called the “anterior approach,” that gets people back up on their feet in as little as two weeks without any significant pain, risk of hip dislocation or limping.

The surgeon approaches the hip from the front (anterior) through a much smaller incision of about 4 to 5 inches, compared to the 12 to 18 inches with the traditional posterior approach. This allows access to the joint without detaching any muscles around the hip. The muscles are carefully retracted with the assistance of a specialized surgical table called a Hana® (Hip and Knee Arthoplasty) table, which is available at Poinciana Medical Center. This allows the surgeon to minimize any soft tissue trauma to the hip allowing for a faster recovery.

Of course, like any surgery, there are some risks: There’s potential for temporary skin nerve damage (lateral femoral cutaneous nerve) that generally resolved after 6-10 weeks. Because of the location of the incision, the wound could become irritated and take longer to heal in obese and very muscular patients.

But there are significant benefits to the minimally invasive anterior approach that you must consider:

Given all these benefits, you should consider asking your doctor if the minimally invasive anterior total hip-replacement could work for you. 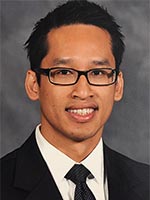 January 23, 2018
The popular over-the-counter pain reliever Ibuprofen could have a negative effect on male fertility, according to a study published Monday in...
Previous Post

When is it time for knee-replacement surgery?

January 17, 2018
Most people take their knees for granted until it gets too difficult to climb a flight of stairs or go for a walk.
Next Post
Back to blog home

5 myths about back pain

How to handle your grief during the holidays

How having a pet can help your mental health

Thank you! You have successfully subscribed to our newsletter.